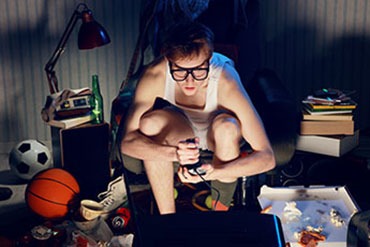 While playing your favorite games can seem like a harmless way to spend your free time, this behavior can sometimes spiral into a serious video game addiction. With the recent popularity of online games such as EverQuest and Diablo II, an increasing number of people are spending hours in front of their televisions and computer screens.

Many experts in the field of behavioral addiction treatment believe online games are more addictive than traditional video games. Since online games come with chat rooms and other interactive features, players become involved in a virtual community.

While traditional video games have an inherently self-limiting design, online video games can be played endlessly since the storyline depends on the other players involved in the game. People suffering from video game addiction have reported that they’ve lost jobs, ended romantic relationships, and neglected friendships because of their desire to play their favorite games.

The Causes of Video Game Addiction

Since the problem is a relatively new phenomenon, the exact cause of video game addiction is unknown. However, video game addiction appears to be most common among younger male players. It may also have a cultural component. In South Korea, video games were recently blamed for the deaths of four young men. One man died after playing Starcraft for 50 hours with few breaks. A four-month old baby also died after her parents left her unattended to play World of Warcraft.

Video game addiction is not a physical addiction like alcoholism. However, it shares many similarities with compulsive gambling. Many video game addicts spend 10 or more hours playing games each day. They often structure their lives around their favorite games and become defensive when confronted about their behavior. 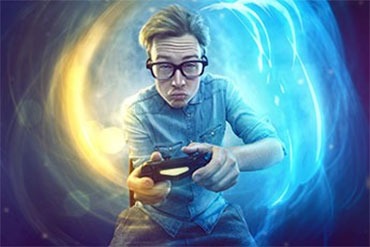 If you think you may be a video game addict, ask yourself the following questions:

People who are addicted to video games know that their gaming is causing strain on relationships, yet they feel powerless to change their behavior. Therapy is the most common course of treatment for video game addicts. However, it’s important to find a professional who has experience in this particular area. Since video game addiction has only been in the spotlight for a short time, many mental health professionals are unaware of the extent of the problem.