Relapse prevention, a cognitive-behavioral based therapy, was developed for the treatment of problem drinking and adapted later for drug addiction.

Within the relapse prevention framework, cognitive-behavioral strategies are used during psychotherapy based on the theory that learning processes play a critical role in the development of maladaptive behavioral patterns.

A major part of psychotherapy and relapse prevention occurs in addiction treatment as individuals learn to identify and correct problematic behaviors. Relapse prevention encompasses several cognitive-behavioral strategies that facilitate abstinence as well as provide help for people who experience relapse.

Research indicates that the skills individuals learn through relapse prevention therapy remain after the completion of treatment. In one study, the majority of people receiving this cognitive-behavioral approach maintained the gains they made in treatment throughout the following year.

The attendance of a 12-step program, such as A.A. or N.A., is an integral part of most psychotherapeutic treatment plans. Therapists often encourage clients to get a sponsor with the12-step program framework to guide them through the 12 steps. The use of a sponsor is generally considered a key element in becoming fully engaged in the program.

The efficacy of twelve-step programs have been thoroughly researched. A 2007 study determined that including on-site 12-step meetings during treatment predicted continuous abstinence for the post-treatment year.

Another study found 12-step programs not only reduced the rate of relapse, but in doing so were considerably more cost effective because the recovering person required less follow-up care. 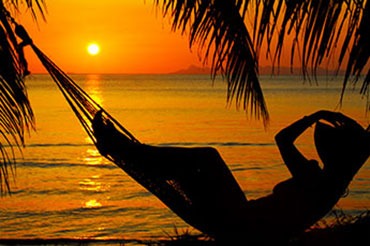 A large number of individuals who seek treatment for alcoholism or substance abuse will relapse shortly afterwards. The wrong influences, a disappointment as well as a lack of resolution can cause someone to take on previous bad habits. Relapse following treatment for drug and alcohol addiction is common, predictable and preventable.

With the help and guidance of a program as well as motivation on the part of the participant, these relapses can be avoided. Most therapists will say that relapse is part of the learning process. The individual learns what he or she can and cannot do, and that learning eventually leads to recovery.

Research has found that women are more likely to seek assistance, go to support groups, and talk about whatever problems or issues they may be experiencing. Doing so often keeps them from relapsing.